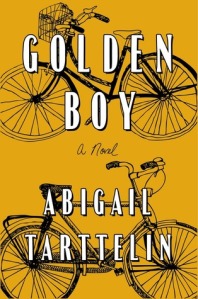 Smart, athletic and popular, fifteen year old Max Walker seems to have everything going for him. He is loved by his parents, idolized by his younger brother, Daniel, and adored by his peers. But all his life, Max and his parents have been hiding a secret; he is intersex. Dating makes it hard enough to conceal this fact, but when Max is raped by a childhood friend, Hunter, it seems that his secret will inevitably come out. Hunter threatens to reveal it himself if Max tells anyone about the rape, which was violent enough to force Max to seek medical attention. The fallout from this incident brings a lifetime of tension within the Walker family to a boil; the best way to keep Max’s secret has been not to talk about it—even Daniel doesn’t know—but the situation can no longer be ignored. The upheaval comes at the worst possible time; Steven Walker is about to stand for Parliament, and the ravenous British paparazzi that ran the previous candidate out of office may descend on the Walkers at any moment.

Golden Boy opens with a graphic rape scene that sets the tone for the type of subject matter being dealt with—all the way through it is emotionally heavy and issue-oriented. Modern family dynamics, sexual and gender identity and cultural attitudes towards gender all come under the microscope. When we first meet Max, he seems to be happy and well-adjusted, but after the rape it becomes clear that this status quo could not have held forever. Unable to agree about how to deal with Max’s condition, his parents have been ignoring and avoiding the situation, and keeping Max in the dark as well. They have been putting their own comfort and personal issues about gender ahead of helping Max and considering his interests. No one is giving Max the information he needs to make choices for himself, and it is painful to watch him stumbling in the dark.

If being intersex can highlight family tensions, it also brings to light many of the deficiencies of the medical profession. Caught in the midst of the Walker’s family drama, is Archie Verma, the local general practitioner. Though Max has seen numerous specialists in the past, his parents’ competing ideas about how to deal with his situation have left him with no medical advice or information at all. Despite her lack of expertise, Dr. Verma turns out to be the advocate and confidante Max desperately needs, but throughout the novel she must scramble to educate herself about issues that were never covered at all in her medical education—and the reader gets educated along the way as well.

Speaking at University Book Store Seattle, Tarttelin described her book as an accessible read about an intersex child born into a normal family in an average community that readers can relate to. Many other intersex narratives focus on characters born on the margins of society, or born into extraordinary circumstances (think Middlesex by Jeffrey Eugenides). Max is heartbreakingly normal, always trying incredibly hard to be good—to be perfect—to ensure that his parents don’t perceive him as the problem child. Indeed, many of the aspects of Max’s story—dating, family relationships—have nothing to do with intersexuality; they are part of any coming-of-age story. In fact, Max’s intersexuality is not the problem of this book; it is the way in which the characters conceptualize gender and impose these ideas on others which complicates things, and with six narrative voices in the book, there are myriad conflicting view points, even within individual characters. Golden Boy may be accessible to a mainstream audience, but it is neither simple nor one-sided.