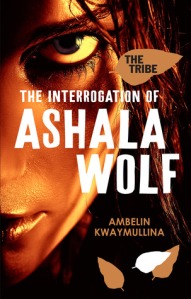 “Inside his mind, where Neville kept the story of himself, I was certain he believed he was a good man who’d been forced to do a few bad things for the sake of the Balance.”

Ashala Wolf, leader of the Tribe, has been captured by Chief Administrator Neville Rose after being betrayed by Justin Connor. Three hundred years after the Reckoning—an environmental disaster that ended the world as we know it—what remains of society is devoted to preserving the Balance so that such a disaster can never happen again. Unfortunately for Ashala, those who have developed supernatural powers have been deemed a threat to the Balance, and must surrender to the government to live out their lives in detention centres where their powers can be contained. Ashala leads the Tribe of runaways who live in the Firstwood, outside the reach of the government. But Chief Administrator Rose plans to eliminate the Tribe, and Ashala holds the key to his plans. Can she withstand interrogation at the hands of a machine that can invade her mind?

Some novels are simply better if you don’t know what you’re getting into, and I think that The Interrogation of Ashala Wolf is one of those books. If you’re already planning to read it, stop here and just go do it! I will avoid major spoilers as usual, but the surprises will be that much more enjoyable the less you know what to expect from this book. But if you still need convincing, read on! 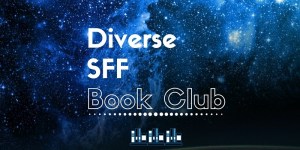 The Interrogation of Ashala Wolf begins with many of the trademarks of your usual dystopian novel. We have the Reckoning that ended the world, and the strange new society that rose up from the ashes, with rules shaped in reaction to the disaster. A ragtag band of kids stand in opposition to the government. While the Reckoning is long in the past, and not explicitly described, it has its roots in human destruction of the environment, making this an ecological dystopia. Racism has largely fallen by the wayside in this radically shifted world, but the word Illegals remains, coming to signify those who violate the Citizenship Accords by freely using their powers. Although race is not central, Ashala—like the book’s author—is descended from Australia’s aboriginal people, and their mythology plays a central role.

All of this feels comfortably dystopian in the usual fashion, albeit with Ambelin Kwaymullina’s own unique take on the genre. But about halfway through the book, certain details suddenly don’t seem to add up, and the story takes a big twist. If you are prepared to bear with being confused as the layers are slowly revealed, The Interrogation of Ashala Wolf comes together in an explosive fashion. There is action aplenty, but also a journey through Ashala’s mind as the machine forces her to relive some of her worst memories.

It is hard to describe the plot of this book without getting too spoilery, but fortunately there is a plenty else going on. Kwaymullina’s world is also interesting because it features an essentially functional democratic government with which Ashala and the Tribe share most of their values. The exception is the Citizenship Accords, which dehumanize those who have a power, setting them outside of the Balance and posing them as a threat to it. But Citizens are beginning to ask the Question: “Does a person with an ability belong to the Balance?” Since the origin of the abilities is not revealed, society is being forced to consider that these abilities might actually be part of the natural order of the Balance.

The Interrogation of Ashala Wolf is also full of interesting characters. The Tribe is led by an intriguing band of young women, including Ashala, whose ability is dream walking, and who shares an affinity with wolves. She is supported by Georgie and Ember, who also have powerful abilities that go beyond the usual skills such as manipulating the weather or running fast. Although they have useful abilities that help them lead and protect the Tribe, Ashala’s personal qualities are what set her apart, because she is a community-builder who brings out the best qualities in everyone. Her leadership-style poses a telling contrast to Neville Rose’s bid for power which he hopes to achieve by stirring up fear of Illegals. Georgie and Ember have key roles, and I hope to be seeing more of them in subsequent books. All three books are currently out in Australia, and the third will be released in North America in 2017.

Previously in the Diverse Science Fiction and Fantasy Book Club:

13 thoughts on “The Interrogation of Ashala Wolf”