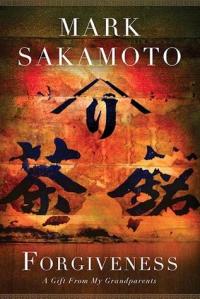 “History has proven all too many times that discrimination in any form is a downward spiral.”

On opposite sides of the Pacific, two Canadians become prisoners of World War II. In December 1941, Hong Kong fell to the Japanese, and more than 1500 Canadian soldiers were captured and rounded up into camps. Among them was Ralph McLean, a young man from Canada’s eastern Magdalen Islands. For the remainder of the war, the prisoners would endure dire, often life threatening conditions. That same month, the Japanese attack on Pearl Harbor ratcheted up anti-Asian sentiment in Canada, particularly on the West Coast. Mitsue Sakamoto, recently married, found herself and her family forced out of their homes, and given a choice between internment and hard labour on a farm to help supplement war rationing. They would never be able to return home to Vancouver. Decades later, these war survivors would be united by the marriage of their children, and the birth of their shared grandchildren. But tragedy would continue to touch the family down through the years, in the form of divorce and addiction and loss.

Forgiveness is a book with three main acts or movements. We first follow Grandpa Ralph through an abusive childhood with his alcoholic father through to his enlistment in the war in order to escape home. On the opposite coast, Mark’s grandmother, Mitsue, is beginning her career as a seamstress, meeting her husband-to-be, and facing the rising tide of anti-Japanese sentiment fostered by their dominance in the coastal fishing industry. Mark Sakamoto follows his grandparents through the war, recounts the meeting and marriage of his parents, as well as the first dinner between his maternal and paternal grandparents. The third act of the book is concerned with his parents’ divorce, and his mother’s subsequent descent into alcoholism, near-homelessness, and an abusive relationship. Each section carries its own unique and heavy weight of tragedy and loss.

The cover copy for this book describes it as being about “two families on either side of the Second World War.” But what struck me about Forgiveness is that it is actually about two families that were supposed to be on the same side of the war. Mitsue was not even a Japanese citizen; she was born and raised in Canada, and had never set foot in the country of her parents’ birth. Grandpa Ralph was imprisoned by enemy combatants. Mitsue Sakamoto was forced out of her home and given a choice between near-slave labour and imprisonment by her fellow Canadian citizens and her own government. Throughout Canada Reads week, Grandpa Ralph was by far the most frequently spoken about by the panelists, but for me it was Mitsue whose story and character were of greatest interest. And while the theme of the book is forgiveness, it remains largely on a personal level, dealing with Ralph and Mitsue’s ability to put their pasts behind them in order to allow their families to come together, and then with Mark’s need to forgive himself for not being able to save his mother. The book never digs deeper to try to reckon with the much bigger forgiveness and reconciliation that needs to happen on a national level in order for Canada to move on from the wrong that was done to Canadians of Japanese descent during the war, and to ensure that such injustice is not repeated.

After the death of his paternal grandfather, Hideo Sakamoto, Mark helped his grandmother clean out their basement. There they found Ralph McLean’s war medals, and Mitsue asked Mark to return them to his maternal grandfather. In this early scene, Mark describes the profound respect that existed between Mitsue and Ralph, so I was disappointed that the book did not go on to recount many interactions between them. The first dinner between the two families is described, but very few other scenes place them together. Rather, after the war years, Mark’s focus turns to his parents’ marriage and divorce, and his mother’s struggle with addiction, and his own difficulties as a young man trying to find ways to help her, and eventually to free himself from her cycle of destruction. We never do circle back to those war medals, to the friendship that developed between the two sets of grandparents, and how the medals came to be gifted from one side to the other.

Forgiveness was defended in this year’s Canada Reads debates by fashion television host Jeanne Beker. In her opening argument, Beker highlighted the importance of remembering the darker chapters in Canada’s history, while also forgiving them in order for healing to take place. The hopefulness of Mark Sakamoto’s narrative became a key pillar in her defense of the book throughout the week, with Beker arguing that it is necessary to heal our own hurts before we can turn to healing anything outside of ourselves.

Working on this basis, Beker took relentless aim at the darkness and tragedy in other books on the table, particularly The Marrow Thieves, and American War. She described The Marrow Thieves as being too fearful, since much of the book is spent on the run in the woods, and ascribed her aversion as being a product of hearing her parents’ stories about being Holocaust survivors, and fleeing the Nazis. Beker took a similar tactic against American War, describing the book as a “soul destroying” revenge narrative. Despite these arguments, on Day Two, Beker cast the tie breaking vote between American War and Precious Cargo, which eliminated Precious Cargo from the competition, leading some viewers to speculate that she was voting strategically, since it was the only book on the table that was more upbeat and arguably more hopeful than her own. Beker went on to explain her vote by saying she didn’t feel that Precious Cargo had the “gravitas” to compete against the other books.

Going into the final day of debates, not one panelist had cast a vote to eliminate Forgiveness. By contrast, the last opponent standing, American War, had been voted against every day, and narrowly survived the Day Two tie against Precious Cargo. With the only other memoir having been eliminated, Beker dodged many questions by refusing to compare fiction and non-fiction, selecting Ralph McLean as her favourite character in the books because he was real, and describing the question “what does Forgiveness have that American War doesn’t” as “ridiculous,” because the two books were apples and oranges. Beker closed with an appeal to the values of the book, including forgiveness, healing, and remembrance. By contrast, Tahmoh Penikett asked his fellow panelists to be open to hearing and acknowledging the hard truths of American War, and thanking them for their passionate defenses of their own books. Jully Black, who had fiercely challenged Beker’s negative characterization of difficult books throughout the week, voted with Penikett against Forgiveness. However, Beker’s appeals to positivity and true stories over fiction were effective with Greg Johnson and Mozdah Jamalzadah, who voted with Beker to make Forgiveness the winner of Canada Reads 2018.

That’s it for Canada Reads Along 2018! Catch up on my recaps starting here.

5 thoughts on “Canada Reads Along 2018: Forgiveness”