These are my favourite non-fiction titles read or reviewed (not necessarily published) in 2018. Click the title for a link to the full review where applicable. See the previous post for my top five fiction reads of the year!

You can buy anything on the Internet if you know where to look, and the man who made much of it possible is the subject of Nick Bilton’s account of the Silk Road, the dark web site selling everything from drugs to weapons. The man behind the tech was Ross Ulbricht, a young programmer from Texas with strong libertarian leanings who believed that a free market was the solution to all of America’s drug woes. But for many years, he was known to investigators only as The Dread Pirate Roberts, the anonymous entity—possibly more than one person—behind the huge influx of mail-order illegal narcotics to the United States. American Kingpin follows the gripping story of how multiple agencies pursued an increasingly paranoid Ulbricht, and the missteps that finally brought him to justice.

If you want to be fascinated and horrified, look no further than John Carreyrou’s portrait of the rise and fall of Theranos, and its wunderkind CEO, Elizabeth Holmes. Holmes consciously modeled herself on Apple icon Steve Jobs, but the technology on which she built her empire was flawed at best, and outright fraudulent at worst. Theranos claimed to be able to conduct multiple blood tests with only a single drop of blood as a sample, but Bad Blood investigates the extent to which that claim was untrue, and exposes a stunning series of lies and fabrications that misled venture capitalists and ordinary patients alike. Holmes was selling a vision, a dream, and her own image as a tech genius, but her product was fundamentally flawed. In exhaustive detail, Carreyrou chronicles how Holmes fooled employees and investors for so long, in one of Silicon Valley’s most sordid scandals. 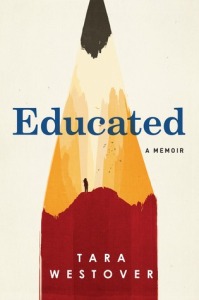 Tara Westover’s memoir has topped many 2018 best of lists with good reason. In it she has rendered a gripping account of her unusual upbringing, and how her hunger for knowledge ultimately became the catalyst that helped her break free of her abusive family. Educated recounts her childhood in rural Idaho, with two parents who blended religion and survivalism in extreme ways, which were exacerbated by her father’s mental illness and her mother’s brain damage. Westover didn’t set foot in a classroom until she was seventeen, ostensibly having been homeschooled to that point. In a story that reveals the true power of knowledge, Westover’s formal education—first at Brigham Young University, and then at Harvard and Cambridge—is a poignant illustration of how learning to think for yourself can both unravel your family and save your life. 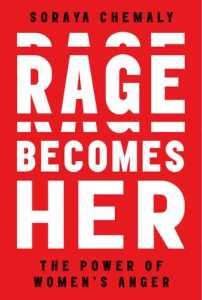 Women are frequently characterized as the more emotional gender, but there is one emotion that is stereotyped more male than female, and which is taboo for women—anger. Anger is considered ugly, selfish, and unfeminine, and from an early age, women are discouraged from expressing it, or even talking about it. Angry women are characterized as hysterical, or downright insane. Writer and activist Soraya Chemaly argues that this denial of women’s anger is one more way in which women are kept under control by a patriarchal society. Anger can be destructive, but never more so than when it is turned inward and subsumed. Turned outward in constructive ways, it can be a response to injustice that lights a fire for change, and it is this acceptance and expression of women’s anger that Chemaly is arguing for. Rage Becomes Her is a book that affirms that women have a lot to be angry about, and offers validation and comradery to those who have been feeling that rage in a society that repeatedly denies its existence. And finally, it offers encouragement to not just accept that anger, but to turn it towards building a community that will use it as fuel for working to make the world a better place. Women have managed their anger for long enough; now it is time to wield it.

So You Want to Talk About Race

Race is an undeniably sensitive subject, particularly in America today (but Canadian friends, you need to read this, too). With grace and patience, and occasional humour, Ijeoma Oluo tackles many of the questions you might be too embarrassed to ask about race, for fear of putting your foot in your mouth. Oluo covers such fundamentals as “What is racism?” and “What is intersectionality and why do I need it?” to get readers on the same page, working from the same definitions, before tackling more specific queries, such as “What is the school-to-prison pipeline” and “Is police brutality really about race?” So You Want to Talk About Race is a stunning work of emotional labour that takes the time to work privileged readers through hard subjects in a way that may actually have a chance of getting readers to see it as a question of systemic injustice rather than as a matter of individual failing about which they need to be defensive. This is the fundamental grounding in understanding systemic racism that our education systems currently fail to provide anywhere below the college level, and often not even there.

With the exception of Rage Becomes Her, I’ve check out the audio for all these titles and can highly recommend them in either format. And that’s it for 2018 top picks! Here’s to a New Year of reading ahead.

What were your top non-fiction reads in 2018?